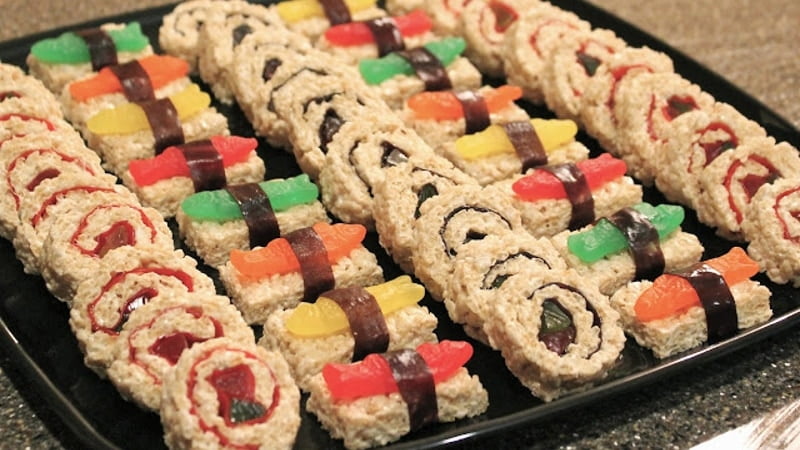 I’ve made these a couple times in the last month or so and everybody seems to love them so I thought I’d include a few pictures and directions here for fun.

The first time I made them was for our boys Ninja birthday party. Most of the kids loved them although a few were pretty suspicious of them still. After that I decided to make them to bring to work, wondering how they would go over with an adult crowd. I think they were even more popular there and they went faster than anything else I’ve brought in to the office.

They’re surprisingly easy to make and I’m sure you could experiment even more to come up with some fun ideas. I thought of sprinkling some nerds over the top of some to simulate “fish roe” but I keep forgetting to grab some.

I made both the rolls and the sashimi style and you’ll need to make the rice krispies differently for both of them. For the rolls, you need it pretty thin and I spread one standard batch of rice krisipie treats into an entire sheet pan. Make sure it’s greased so it comes out easily.

After letting them harden, flip the pan over and gently remove them from the pan and place on a flat work surface.

Starting at the gummy worms, gently roll the entire piece until it comes to the end and gently seal the rice krispies together. Roll the entire roll along your work surface to smooth it out.

Using a serrated knife cut the roll into about 5 pieces.

The sashimi rice krispie treats were thicker and were spread on a bit less than half of the cookie sheet.

Keeping them in the pan, cut the rice krispies into small rectangles just barely larger than the large swedish fish.

Cut a wrapped fruit roll up into 1/2 inch strips and then un-roll, removing the wrapper. Cut each strip into half. Using one half, stretch it over the fish, sealing it on both sides. 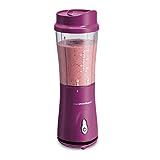 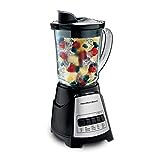 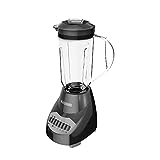